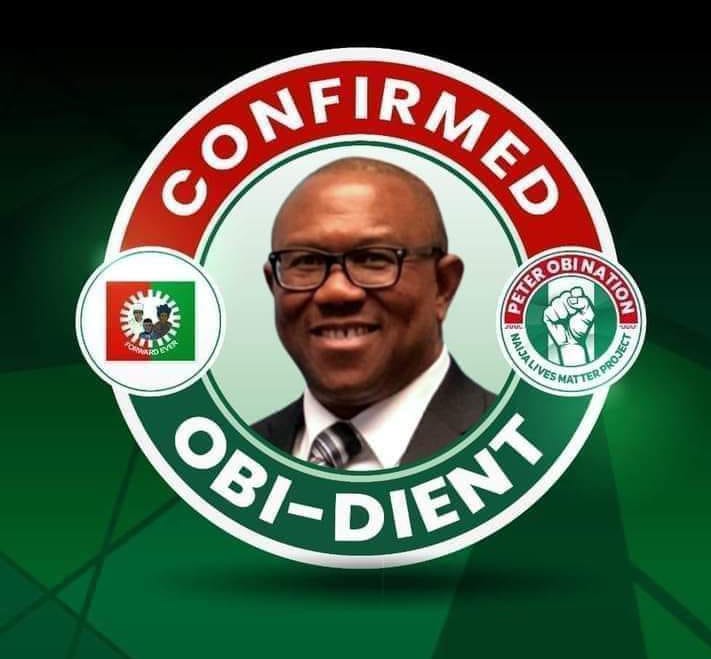 by Harrison Inyang
Life History of Peter Obi Peter Gregory Obi CON (born 19 July 1961) is a Nigerian businessman and politician who served as the Governor of Anambra State three separate times from 2006 to 2014. In May 2022, he became the Labour Party nominee for President of Nigeria in the 2023 presidential election. Born in Onitsha... Read More
Reducing Examination Malpractices in Secondary Schools
The Effects Of Study Habits On Students’ Academic Performance In Biology 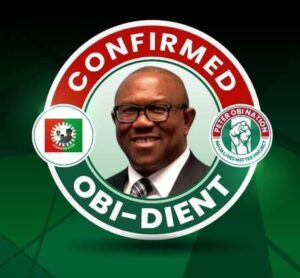 Peter Gregory Obi CON (born 19 July 1961) is a Nigerian businessman and politician who served as the Governor of Anambra State three separate times from 2006 to 2014. In May 2022, he became the Labour Party nominee for President of Nigeria in the 2023 presidential election.

Born in Onitsha in 1961, Obi graduated from the University of Nigeria in 1984. Afterward, he entered business and banking, eventually rising to hold several high-ranking executive positions at banks. By the early 2000s, Obi was the chairman of Fidelity Bank before leaving the position to enter politics. Obi ran for governor in 2003, as a member of the All Progressives Grand Alliance but his main opponent has unlawfully declared the victor. After three years of legal battles, Obi was declared winner in 2006 and assumed office in March 2006. He was then impeached that November before the impeachment was overturned and he returned to office in February 2007. Again, Obi was removed when a new election was held in April 2007 but the judiciary intervened again and ruled that he should be allowed to complete a full four-year term. In 2010, he won re-election to a second term. Obi’s terms were marked by improvements in state finances, education, and healthcare.

After leaving office in 2014, Obi gained new status as an advocate for good governance and national political figure after decamping to the Peoples Democratic Party 2014. In 2019, he was selected as the vice-presidential nominee in the presidential election running alongside Atiku Abubakar but lost to incumbent President Muhammadu Buhari and vice president Yemi Osinbajo. By 2022, Obi ran for president himself, first in the PDP until defecting to the LP in May 2022

Peter Obi was born on 19 July 1961 at Onitsha. He attended Christ the King College, Onitsha, where he completed his secondary school education.  He was admitted to the University of Nigeria, in 1980, and graduated with a B.A. (Hons) in philosophy in 1984.

READ ALSO  Akwa Ibom State Government Move To Save Precious Who Was Accused Of The Death Of Sir Barrister Eric Igbedion Agboegbulem.

Peter Obi married Margaret Brownson Obi (née Usen) in 1992. They have two children – a boy and a girl. Obi is a Catholic of Igbo descent. A proud in-law of Akwa Ibom State

Peter Obi was a businessman before he ventured into politics. According to Peter Obi, he started his life as a trader, being born into a trading family before venturing into the corporate world. He held leadership positions in some private establishments. Some of the companies he served include Next International Nigeria Ltd, Chairman, and Director of Guardian Express Mortgage Bank Ltd, Guardian Express Bank Plc, Future View Securities Ltd, Paymaster Nigeria Ltd, Chams Nigeria Ltd, Data Corp Ltd, and Card Centre Ltd. He was the youngest chairman of Fidelity Bank Plc

Peter Obi contested in the Anambra State Governorship Election as a candidate for the All Progressives Grand Alliance (APGA) party in 2003, but his opponent, Chris Ngige of the People’s Democratic Party, was declared the winner by the Independent National Electoral Commission (INEC).

After nearly three years of litigation, Ngige’s victory was overturned by the Court of Appeal on 15 March 2006. Obi took office on 17 March 2006. On 2 November 2006, he was impeached by the state house of Assembly after seven months in office. He was replaced the next day by Virginia Etiaba, his deputy, making her the first-ever female governor in Nigeria’s history. Obi successfully challenged his impeachment and was re-instated as the governor on 9 February 2007 by the Court of Appeal sitting in Enugu. Etiaba handed power back to him after the court ruling.

Peter Obi once again left office on 29 May 2007 following the General Elections, in which Andy Uba was declared the winner by the electoral body. Obi returned to the courts once more, this time contending that the four-year tenure he had won in the 2003 elections only started to run when he took office in March 2006. On 14 June 2007, the Supreme Court of Nigeria upheld Obi’s contention and returned Obi to office. This brought to an abrupt end the tenure of Obi’s successor, Andy Uba whose 14 April 2007 election the Supreme Court nullified on the grounds that Obi’s four-year tenure should have remained undisturbed until March 2010.

On 7 February 2010, the Independent National Electoral Commission (INEC) declared Peter Obi the winner of the 2010 Anambra State Gubernatorial election, where he defeated Professor Charles Chukwuma Soludo, former governor, CBN. This election victory gave Governor Obi an additional four years as the governor of Anambra State. On 17 March 2014 Peter Obi served out his second term and handed over the governorship to Willie Obiano.

After the 2015 General Election, President Goodluck Jonathan appointed Peter Obi as the chairman of the Nigerian Security and Exchange Commission (SEC).

On 12 October 2018, Peter Obi was named as the running mate to Atiku Abubakar, the Peoples Democratic Party’s Presidential Candidate in the Nigerian 2019 Presidential elections. His party came second.

On 24 March 2022, Peter Obi declared his intention to run for the position of President of Nigeria under the platform of the Peoples Democratic Party, but later pulled out and announced he would be running under the Labour Party platform instead. According to the Peoples Gazette, Peter Obi wrote to the leadership of the Peoples Democratic Party on 24 May to resign his membership. Obi reportedly complained of massive bribing of delegates and vote-buying at the party’s presidential primary, citing the existence of a party clique collaborating against him.

Younger generations under 30 proved to be some of the biggest Obi supporters, showing their support via social media and protests and street marches.

As a result of the Pandora Papers leaks, the Premium Times reported on Obi’s involvement in offshore companies in tax havens such as the British Virgin Islands. In 2010, Obi had Access International help him set up and manage Gabriella Investments Limited, a company in the British Virgin Islands named after Obi’s daughter with figureheads as directors to avoid Obi’s direct involvement; one of the directors was also the director of a Belize-based shell company that was issued 50,000 shares in Gabriella Investments. In 2017, Obi reorganized the company under the name PMGG Investments Limited and created a trust named The Gabriella Settlement which became the sole shareholder in PMGG Investments Limited. Further reporting showed that Obi appeared to have made shell companies in the 1990s as well, with the Barbados-based Beauchamp Investments Limited and UK-based Next International (UK) Limited being tied back to Obi and his family.

After reviewing Obi’s history of holding offshore companies, some journalists found that Obi broke several laws due to his business dealings. Firstly, Obi remained as Next International (UK) Limited’s director while serving as Anambra State’s Governor in direct violation of the Code of Conduct Bureau and Tribunal Act. Secondly, Obi’s non-declaration of his offshore companies broke the Nigerian Constitution’s provision that requires public officers to declare all their properties, assets, and liabilities. Lastly, both the Constitution and the Code of Conduct Bureau and Tribunal Act outlaw a public officer from holding a bank account outside Nigeria and the leaks (along with Obi’s response to them) made it clear that Obi maintained his foreign accounts while serving as Governor.

After the revelations, civil society groups pushed for investigations into Obi as reporters queried the EFCC on if the commission would start investigating Obi. A few days after the report, Obi responded by claiming that he did not break any laws and clarified that the accounts’ money was accrued from his time as a businessman. The EFCC invited him for questioning later in October 2021 after Buhari directed all anti-corruption agencies to investigate those named in the leaks. However, no criminal case has been filed against Obi since June 2022.