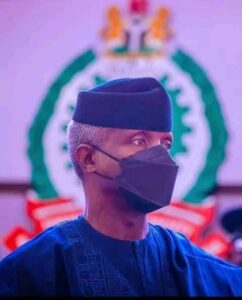 University of Lagos, Professor of Law, Department of Public Law, Faculty of Law, 2007 to 2013;

Lagos State Ministry of Justice, Attorney-General and Commissioner for Justice; Member of Cabinet, Lagos State, 1999 to May 2007 ;

United Nations Secretary General’s Committee of Experts on Conduct and Discipline of UN Peacekeeping Personnel around the globe, Member (2006);

University of Lagos, Professor of Law and Head of Department of Public Law (1997-1999),

Federal Government of Nigeria, Special Adviser to the Attorney-General of the Federation and Minister of Justice, (legal advice and litigation), 1988-1992; University of Lagos, Senior Lecturer I (1983-86), Lecturer II (1981-1983),

United Nations Economic Commission for Africa, Assessing the Efficiency and Impact of African Anti-Corruption Commissions, Consultant, 2009; International Bar Association, delegation to South Africa to consider the issue of the independence of the judiciary and the rule of law, Member, 2008;

International Criminal Tribunal for Rwanda Arusha on training of Prosecutors, Consultant (2004); Revision and Publication of Laws of Lagos State, Coordinator, 2003;

Ministerial Committee for Review of Minerals Laws and Regulations, Member, (1996);

ECOWAS, Eminent person group for the Harmonisation of the Commercial Laws of ECOWAS States, Member (1996); National Committee on the Review of Solid Mineral Laws, Member, 1996; Expert advisory team to Ethiopia to advice parliament on Legal aspects of Democratisation, Member (1992); National Committee on the Reform and Unification of the Nigerian Criminal Laws and Procedure Codes, Member, 1988-1991;

Delegation to the Meeting of Senior Officials of Commonwealth Law Ministries, Singapore, Leader, (1990); Task Force on the Revision of the Laws of the Federation of Nigeria, Member, 1990;

Senate of the University of Lagos, Member;

Governing Board of Empowerment and Action Research Centre (EMPARC), Member;

Membership of Editorial Boards of Learned

Editorial Advisory Board of the Appellate Review Journal(Published by The Emmanuel Ayoola Foundation);

Domestic and International Protection for Women: “Landmarks on the Journey so Far” in Women and Children under Nigerian Law”. (Awa U. Kalu & Yemi Osinbajo eds.) 1990. pgs. 231-241

Modalities For The Implementation of The Transition Provisions in The New Constitution in Law Development and Administration, (Yemi Osinbajo & Awa Kalu eds.) FMJL Review Series, (1990).

Human Rights, Economic Development and the Corruption Factor in Human Rights and the Rule of Law and Development in Africa (Paul T. Zeleza et al eds) 2004

Can States Legislate on Rules of Evidence?

Towards A Better Administration of Justice System in Nigeria” (Edward Foakes Publishers, 1989)

Cases and Materials on Nigerian Law of Evidence, Macmillan, 1996

The Citizens Report Card on Local Governments (with Omayeli Omatsola) 1998

Problems and Prospects of Development Control 2004

Elections and Electoral Malpractices in Nigeria 2009

Strengthening The Code Of Conduct Bureau 2009

Building Ethical Institutions: The Experience Of The Lagos State Judiciary 2009

The State Of Criminal Justice In Nigeria: Challenges And Opportunities 2009

The Responsibility Of Privilege 2010

Understanding How The Legal Process Works In Business 2010

READ ALSO  Chinua Achebe As A Prophet A Poet And A Professor Using Man Of The People The Trouble With Nigeria And There Was A Country.

Challenges Of Enforcement Of Securities In Nigeria 2010

Development and Policy Use of Criminal Justice Information and Statistics 2010

The Retreat of the Legal Process 2011

The Rule of Law: The Foundations are Shaking 2011

Leadership and Legacy: The Power of One 2014

Repositioning Nigerian Universities For The 21st Century: Paradigms For Innovation And Change 2014

Delays In Justice Administration: Beyond The Rules And The Law 2014

The Rule of Law and National Development 2014

28/April/2005 (The House Committee on Judiciary

Nigeria Bar Association Award of honour in appreciation of an

Ikeja Branch immense contribution to the

26/May/2006 development of constitutionalism in Nigeria

Thisday Newspaper Nomination as Legal Practitioner of the year

Lagos State Ministry of Justice An Award in recognition of an

Committee for the Distinguished Mediators Award

Defence of Human Rights in recognition of selfless commitment

Nigerian Lawyers Association Law and Justice Award. In recognition of

December 2011 an exceptional and remarkable service in the academia and the public sector, dedication to advocating for and implementing Judicial Reform in Nigeria.

The Lagos State Multi-Door service on The Lagos Multi- door

The man for the Job!

Harrison Inyang
The CEO of Project Kings research center, a renowned research writer, a teacher, a poet, a philosopher-king, and a student of the Platorian school of thought. I believe in the law of Karma
View All Posts by Author
Visit Author Website
Adult Education as an Agent for Social Change in Nigeria
Previous Post
The Theme Marxism of Nigerian Literature in Chris Egharerba’s Canopy of Thunder and Festus Iyayi’s Violence
Next Post
0 Comment