The study investigated parental background and academic achievement of pupils in Health Habits in pre-primary schools in Uruan Local Government Area. Two research questions and two hypotheses were formulated to guide the study. A survey research design was adopted. The population of this study comprised of 2336 pre-primary schools pupils in 45 primary schools. The sample size of 200 pupils adopted using random sampling techniques. The instrument for data collection was Health Habits Achievement Test (HHAT). The data collected were analyzed using independent t-test. Findings showed that there is a significance difference in academic performance of pupils whose parents are formally educated and those whose parents are not formally educated in Health Habits; and that there is a significance difference in academic performance of pupils whose parent income is high and those whose parent income is not high in Health Habits in primary schools. Based on the findings, it was concluded that parents should work hard to increase their income so as to assist them in providing school materials for the pupils.

The home is the child’s first place of contact with the world and the significant people in the home are the parents. The child as a result acquires initial education and socialization from present and other significant persons in the home. The home is where every child is born into and makes first interactions. These interactions can contribute of the child permanently. The destiny of mankind depends on the child and the welfare of the child is closely linked to the home in terms of the innate tendencies drawn from the genetic transcription and the home environment.

Parental background  in this context such as parent’s educational attained, socio-economic status of parents, level of social class placement are those factors that vary from one home to another. Others include; occupation of parents and home type such as broken home and single parenting.the psychological home conditional arises mainly from illegitimacy of children, the label of adopted child, broken home, divorce and parental deviation and such abnormal effect may affect the academic achievement of the child. If children from homes with unstable and low socio-economic status background are compared with those from rich and stable background, it would be observed that those from rich and stable background perform academically better than those from poor and unstable background who may be experiencing social, emotional and psychological problems.

The environment in which the child finds his or herself can either make the child generation after generation geniuses die without being noticed as a result of their circumstances of birth. Parents are probably the actions with the dearest undimensional interest in a high level of their children’s academic achievement. To some extent, there is simple evidence to show that mental instability which is one of the effects of home variables brings about stress, tension, lack of motivation and frustration among children of nursery schools age.

Obviously, these manifestation acts in negatively on a child’s academic achievement in school. Children of unmarried parents, separated families, poor socio-economic status, low educational attainment amongst others, often fail and are at risk emotionally and academically. However, this may not be completely applicable in all instances of poor home background or structure as children from this background may work hard through the influence of the school environment and become successful academically.

Moreover, the environment which a child finds his or herself at the early stage of development influences the learning ability of the child and ultimately, this therefore formed the background that this study was conducted.

Health Habits is a subject taught children from nursery school to universities in Nigeria. Nursery education as contained in the National Policy on Education (NPE) is the education given in institutions for children aged 3-5years (FRN, 2013).Since the result of the educational system is built upon the nursery education, it is the foundation and hence the key to success of failure of the child academically. However, Health Habits is a subject which deals with the systematic study of nature. It is core science subject in the primary school curriculum because its knowledge is indispensable to the educated man about his environment. The aim of Health Habits teaching is to prepare the child to learn and understand the more specialized techniques provided later in life.

Inspite of much emphasis laid on this subject, the study of Health Habits has not been encouraging in Nigeria as some pupils’ dropout on the way. This is attributed this observation to factors related to parents, such as poverty, early marriage, persistent academic under achievement, home responsibilities and sickness in the home, similarly in nursery schools in Uruan Local Government Area, pupils have been performing so poorly, academically in most of their school subject like Health Habits. This poor achievement among pupils has caused serious concern among teachers, parents, educational planner and the society at large. The poor academic achievement could be attributed to the fact that pupils are from different parental background. It was therefore necessary to examine the relationship between parental background and pupils’ academic achievement in pre-primary schools in Health Habits in Uruan Local Government Area.

The main purpose of this study was to investigate parental background and pupils’ academic achievement in pre-primary schools in Health Habits in Uruan Local Government Area. Specifically, the study intends to;

The following research questions were formulated to guide the study;

The following null hypotheses were formulated to guide the study:

The finding of this study may be significant in the following ways:

Harrison Inyang
The CEO of Project Kings research center, a renowned research writer, a teacher, a poet, a philosopher-king, and a student of the Platorian school of thought. I believe in the law of Karma
View All Posts by Author
Visit Author Website
Audio-Visual Materials Utilization and Academic Performance of Students in Biology
Previous Post
Information and Communication Technology (ICT) and Students Academic Performance in Economics 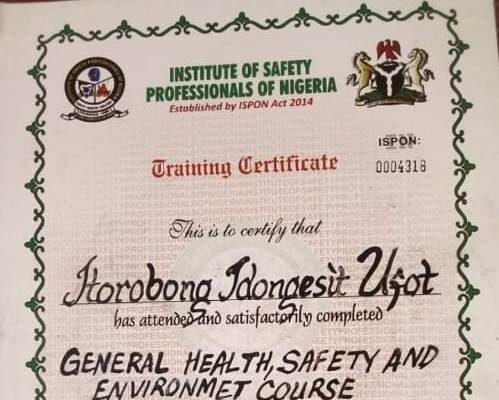