by Harrison Inyang
Personality Traits and Learning of Biology among Secondary School Students   ABSTRACT The study investigated the relationship between personality trait and learning of Biology among Secondary Schools in Ini Local Government Area of Akwa Ibom State. Two null hypotheses were formulated to guide the study. A survey research design was adopted for the study. Four... Read More
Information Communication Technology And Learning Effectiveness Among Students Of Economics In Secondary Schools
The Impact of Teachers’ Variables on Students Learning In Biology

The study investigated the relationship between personality trait and learning of Biology among Secondary Schools in Ini Local Government Area of Akwa Ibom State. Two null hypotheses were formulated to guide the study. A survey research design was adopted for the study. Four out of eight public secondary schools in the study area were randomly selected. A sample size of one hundred (100) SS2 Biology students was purposively sampled. Instruments used for data collection were Questionnaire and Students raw scores of their Mock Examination result of 2016/2017 academic session. The research hypotheses were analyzed using Pearson Product Moment Correlation (PPMC) statistical tool. Findings from the study revealed that personality trait (such as self-discipline and self-confidence) have a positive relationship on learning effectiveness of students. As such students with self-discipline and self-confidence performed significantly better than their counterparts without self-discipline and self-confidence. It was then recommended that students should work hard to improve their personality since it has a positive relationship with their academic achievement. Also, Government should create a condusive learning environment that will enable the students to have self-confidence, self-discipline and focus on their learning.

Personality has to do with individual differences among behaviours, pattern of thanking and feelings. According to Costa & McCrae (2000) in Daminabo (2008), personality is the sum total of a person’s behaviour across different conditions. Personality determines a set of important characteristics and how people interact with others. Human personality is the combination of a number of traits.

Personality is a set of individual differences that are affected by the development of an individual: values, attitudes, personal memories, social relationships, habits and skills. Personality can be measured as a set of items, usually questions about behaviour and feelings to which the subject have to respond by agreeing or disagreeing with that question or statement. Personality also refers to the pattern of thoughts, feelings, social adjustments, and behaviours consistently exhibited over time that strongly influences one’s expectations, self-perceptions, values and attitudes. Digman, J. M. described the following as the components of personality which are habits, attitudes, interest, values, principles   and mental capacity or intelligence.

Learning is a major issue among students, teachers school administrators and the community at large. Hilgard (1987) defines learning as a process by which an activity originates or is changed through reacting to an encountered situation, provided that the characteristics of the change in activity cannot be explained on the basis of native response tendencies, maturation or temporary states (e.g. fatigue, drugs, drunkenness etc). Learning is the act of acquiring new or modifying and reinforcing existing knowledge, behaviours, skills, values or preferences which may lead to a potential change in synthesizing information, depth of knowledge, attitude or behaviour relative to the type and range of experience.

Learning is any process that in living organisms leads to permanent capacity change and which is not solely due to biological maturation of ageing (Illens, 2009). Human leaning may occur as part of education, personal development, schooling, or training.

Psychologist have researched  on the big five personality traits and the role that these traits plays in the academic performance of include openness to experience, conscientiousness, extraversion, agreeableness, neurotic. It is denoted by the acronym OCEAN. The researcher thus seeks to find out the impact of these personality traits on the learning of Biology among students.

The concept of genetics has brought to mind the concept of heredity and variation. Children definitely acquire or inherit some behaviours, traits etc from their parents. These traits they inherit account for the hereditary and variation among them. Through personal observation, it can be seen that children from educated parents are probably supposed to be educated and those children from the uneducated parents supposed to be uneducated. This fact has not yet been theoritized; giving more rooms for cause and effect to be on the continuous findings among researches. This observation and the attitude among students that may definitely account for their mean differences in performance may however be traced to some traits, be it inherited or acquired as they affect their performances.

Traits are bound to exist among individuals but as it affects learning is a reason for investigation. Thus there is a need to assess the extent to which these traits; self-discipline, self-confidence, dependable, conscientiousness, fairness, discreet, meticulous etc; inherited or acquired can influence the learning of Biology among students.

This study is to investigate the relationship between personality traits and learning of Biology among secondary schools students in Ini Local Government Area. It is designed to achieve the following specific objectives:

The importance and benefit of this study is that it will educate the stakeholders in the education sector on low the individual personality traits among students can influence their learning of Biology in schools. This research will also be a contribution to the body of literature in the area of the effect of personality traits on learning of school subjects especially Biology thereby constituting the empirical literature for future researches in various subjects.

It will help the parents/guardians to know the personality traits of their children so as to encourage them in their field. It will help students to know their areas of strengths an weaknesses and work for more improvement.

The following research questions guided the researcher in the course of this research:

The following hypotheses guided the researcher in the course of this research:

Harrison Inyang
The CEO of Project Kings research center, a renowned research writer, a teacher, a poet, a philosopher-king, and a student of the Platorian school of thought. I believe in the law of Karma
View All Posts by Author
Visit Author Website
Peer Group Influence and Academic Performance of Secondary School Students in Economics
Previous Post
Comparative Analysis of Academic Performance of Political Science Students
Next Post
You May Also Like 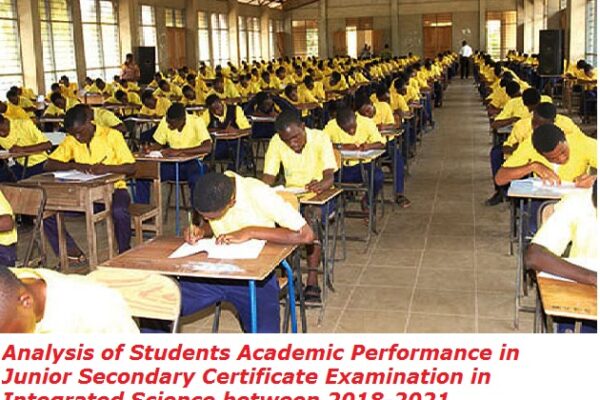 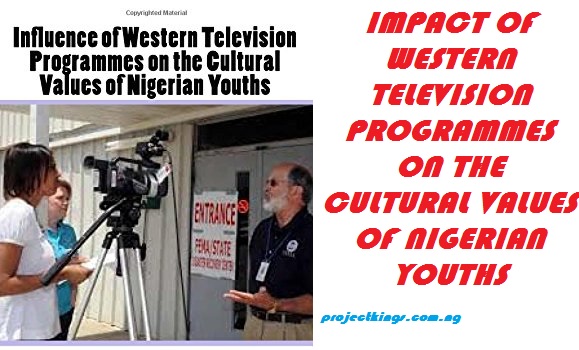